The SUNY Potsdam production was the only show from the Northeast region that was selected for this honor, and one of nine in the country to be recognized. The play was directed by Associate Professor Dr. Jay Pecora.

Previously, the production was one of four plays from across the Northeast that was chosen to be presented during the 2022 Kennedy Center American College Theater Region 1 Festival. Students and faculty filmed their production in its entirety at the Performing Arts Center to take part in the regional and national festivals.

Started in 1969 by Roger L. Stevens, the Kennedy Center's founding chairman, the Kennedy Center American College Theater Festival (KCACTF) is a national theater program involving 18,000 students from colleges and universities nationwide which has served as a catalyst in improving the quality of college theater in the United States. KCACTF honors excellence of overall production and offers student artists individual recognition through awards and scholarships in playwriting, acting, criticism, directing and design.

SUNY Potsdam's Department of Theatre and Dance cultivates an innovative, experiential and multidisciplinary education within an inclusive community which prepares students for leadership and service in the arts as global citizens. The nationally accredited program offers majors in dance, theatre and arts management -- all housed in the College's award-winning Performing Arts Center. For more information, visit www.potsdam.edu/theatre.

Founded in 1816, The State University of New York at Potsdam is one of America's first 50 colleges -- and the oldest institution within SUNY. Now in its third century, SUNY Potsdam is distinguished by a legacy of pioneering programs and educational excellence. The College currently enrolls approximately 3,000 undergraduate and graduate students. Home to the world-renowned Crane School of Music, SUNY Potsdam is known for its challenging liberal arts and sciences core, distinction in teacher training and culture of creativity. To learn more, visit http://www.potsdam.edu. 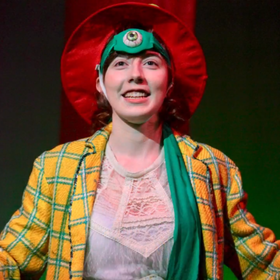 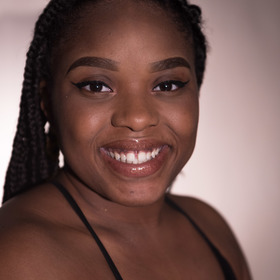