Potsdam, NY (09/05/2022) — Community Performance Series is thrilled to announce its 33rd season of live performances at SUNY Potsdam's Crane School of Music. This fall, CPS has packed its calendar with events that will deliver Broadway vocals, operatic arias, groundbreaking chamber music and children's theatre to North Country audiences. Tickets are now on sale at www.cpspotsdam.org.

"We couldn't be more excited about the Fall 2022 lineup and welcoming audiences to the SUNY Potsdam campus to share in the special connections made through experiencing live performances together. Our guest artists are incredibly talented and represent a wide range of genres. We have also eliminated online ticketing fees this season and wish to welcome the community back to in-person events," said Community Performance Series Director Vanessa Vaverchak.

The 2022 CPS Guest Artist Series will officially begin with the Seventh Cania Visiting Artist performance on Thursday, Sept. 15 at 7:30 p.m. The award-winning mezzo-soprano Katherine Beck '12 will return to her alma mater to perform alongside Grammy Award-winning pianist Craig Terry in Snell Theater. A Crane School of Music alumna, Beck has been hailed by the Boston Globe as "balmy-voiced" for her "uniformly excellent" performances. She recently returned to Arizona Opera as Dorabella in "Cosi Fan Tutte," and joined the Metropolitan Opera for its production of "Akhnaten" in 2020-21. Next season, she will return to the Lyric Opera of Chicago, where she was a member of the prestigious Ryan Opera Center from 2020 to 2022, to cover Isolier in "Le Comte Ory." Last season, she made her debut with the company as Wellgunde in "Twilight: Gods," a reimagining of the final chapter of Wagner's "Ring Cycle." She made her Santa Fe Opera debut as Karolka in "Jenufa," joined Opera Buffs in Los Angeles as Angelina in "La Cenerentola," and, with Opera Colorado, created the role of Lisette in the world premiere of "Steal a Pencil for Me." Beck is a two-time fellow of the Tanglewood Music Center, where she premiered Gandolfini's "In America" and sang recitals of French chanson. In the crossover realm, she joined the Boston Pops both at Symphony Hall and Tanglewood for the premiere of Sondheim and Lapine's "Sondheim on Sondheim." Beck is a winner of the prestigious George London Foundation Award, the LuminArts Vocal Fellowship and a former semi-finalist of the Metropolitan Opera National Council Auditions.

Broadway star Sierra Boggess will take the stage on Saturday, Sept. 24 at 7:30 p.m. in Hosmer Hall, as the Fourth Maresca Visiting Artist. Boggess has been seen on Broadway in the Tony-nominated musical "School of Rock," in "It Shoulda Been You" directed by David Hyde Pierce, two separate engagements of the Broadway production of "The Phantom of the Opera," the revival of "Master Class" and starred in "The Little Mermaid," which earned her Drama Desk and Drama League nominations. Other New York theatre credits include the recent off-Broadway production of Barry Manilow's "Harmony;" "The Secret Garden" at Lincoln Center; the one-night-only concert of "Guys & Dolls" at Carnegie Hall opposite Nathan Lane, Patrick Wilson and Megan Mullally; the final Off-Broadway cast of "Love, Loss, and What I Wore," and "Music in the Air" for City Center's Encores! series. London theatre credits include "Les Miserables," the 25th anniversary concerts of "Phantom" at Royal Albert Hall and "Love Never Dies" (Olivier Award nomination). Film and television credits include "Vulture Club" with Susan Sarandon and the web series "What's Your Emergency." Boggess has toured all over the world across Australia, Japan and Europe with her concert show. She recently released an album of duets with Julian Ovenden made during the pandemic, titled "Together At A Distance."

The 22nd annual Ranlett Organ Recital will follow on Sunday, Oct. 2 at 3 p.m. in Hosmer Hall, featuring the internationally celebrated concert organist Isabelle Demers. Demers has enraptured critics, presenters and audience members around the globe for her entrancing performances, appearing in recital at the cathedrals of Cologne and Regensburg (Germany), the ElbPhilharmonie (Hamburg), St. Paul's Cathedral, Westminster Cathedral, Westminster Abbey, and the Royal Festival Hall (London), the Royal Opera House of Muscat (Oman), Melbourne Town Hall (Australia), Auckland Town Hall (New Zealand), as well as major universities and concert halls in the United States. She is in continual demand by her fellow colleagues, having repeatedly performed for regional and national conventions of the American Guild of Organists, the American Institute of Organ Builders, International Society of Organbuilders, Royal Canadian College of Organists and the Organ Historical Society. Demers' visit will include a free organ encounter the day before the concert, on Saturday, Oct. 1 at 3 p.m., also in Hosmer Hall.

Mermaid Theatre of Nova Scotia will bring a family-friendly production of "It's Okay to Be Different," to Potsdam, inspired by the bestselling contemporary storybooks by Todd Parr. This Maresca Family Performance is scheduled for Sunday, Oct. 16 at 3 p.m., in Snell Theater, and is designed to delight children in Grades Pre-K to 3 (along with their families). Three of Parr's most popular stories have been adapted for the stage for the performance. "It's Okay to Be Different" cleverly delivers the important messages of acceptance, understanding and self-confidence. Equally whimsical and heartfelt, "The Earth Book" is a sweet homage to our beautiful planet inspiring readers of all ages to do their part to keep the Earth happy and healthy. "This is My Hair" is a funny exploration of how silly hair can be and a reminder to always feel good about yourself, no matter how you look.

The Akropolis Reed Quintet will round out the fall season on Friday, Oct. 28 at 7:30 p.m., performing in Snell Theater, as the 39th McElheran Visiting Artists. As the first reed quintet to grace the Billboard charts, the untamed band of five reed players and entrepreneurs are united by a shared passion: to make music that sparks joy and wonder. The winner of seven national chamber music prizes, including the 2014 Fischoff Gold Medal, the Akropolis Reed Quintet delivers 120 concerts and educational events each year, and has premiered more than 130 works. Experimenters and creators at their core, the group has collaborated with poets, a metal fabricator, dancers, small business owners, string quartets, pop vocalists and more. The quintet's next season will include premieres of the music of Augusta Read Thomas and Omar Thomas; imaginative renditions of music by Ravel, Bernstein, Rameau, Shostakovich and Gershwin, and touring their fourth album, "Ghost Light."

The Community Performance Series is a college-community partnership presenting distinctive and renowned performing artists and arts education opportunities in Northern New York. This rich mixture of programming links communities, classrooms and audiences of all ages and preserves access to the performing arts for future generations. For more information, visit www.cpspotsdam.org.

Founded in 1816, The State University of New York at Potsdam is one of America's first 50 colleges -- and the oldest institution within SUNY. Now in its third century, SUNY Potsdam is distinguished by a legacy of pioneering programs and educational excellence. The College currently enrolls approximately 3,000 undergraduate and graduate students. Home to the world-renowned Crane School of Music, SUNY Potsdam is known for its challenging liberal arts and sciences core, distinction in teacher training and culture of creativity. To learn more, visit www.potsdam.edu. 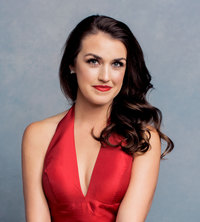 Crane School of Music alumna Katherine Beck ’12 will kick off the Community Performance Series season with a performance alongside Grammy Award-winning pianist Craig Terry on Thursday, Sept. 15 at 7:30 p.m., in the Sara M. Snell Music Theater. For tickets, visit cpspotsdam.org. 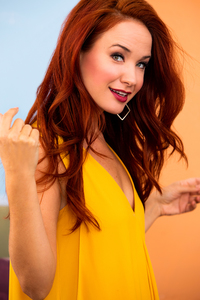 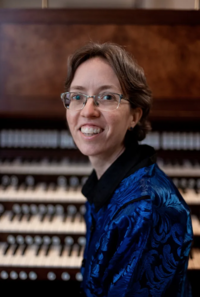 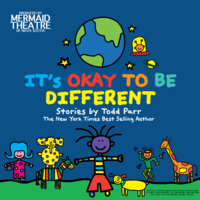 Mermaid Theatre of Nova Scotia will present the theatre for young audiences performance of “It’s Okay to Be Different,” inspired by the stories of Todd Parr, on Sunday, Oct. 16 at 3 p.m., in Snell Theater.

The innovative quintet fivebyfive will perform with guest composer/harpist Amy Nam in an all-glass inspired concert for Community Performance Series, on Sunday, Oct. 23 at 3 p.m., in Snell Theater. 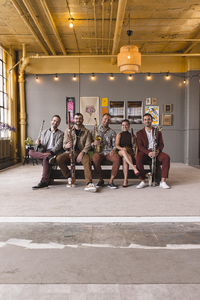 The Akropolis Reed Quintet will close out the Fall 2022 Community Performance Series season on Friday, Oct. 28 at 7:30 p.m. in Snell Theater. For tickets, visit cpspotsdam.org.